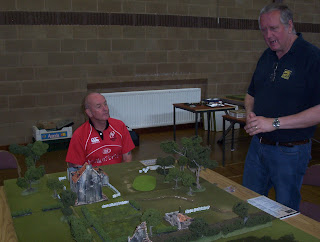 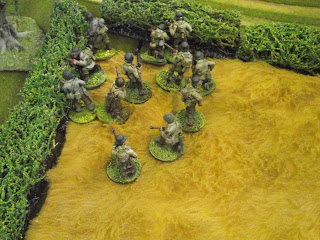 US troops move through a cornfield to take cover behind a hedge. 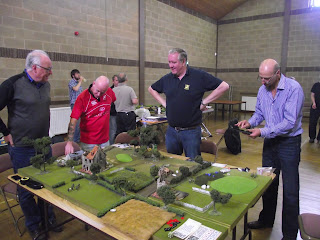 Mike, Bill and Richard discuss the finer points of Chain of Command, while Chris checks what the rules actually say! 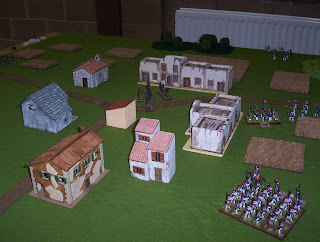 ... and in the same game, French units approach the village. 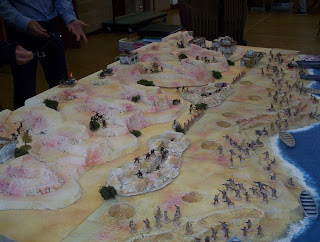 Right: The magnificent Gallipoli display set up by Chris.

The original plan was to play this game using TFL's Through the Mud and the Blood rules, but on the day Chris was more interested in playing Chain of Command! 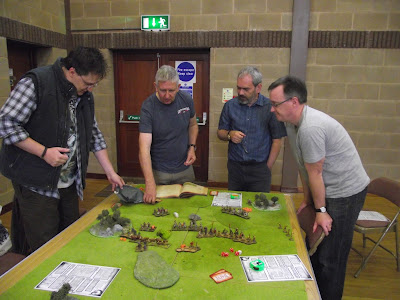 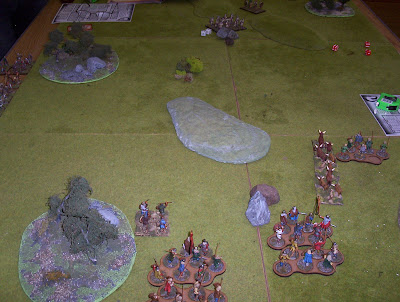 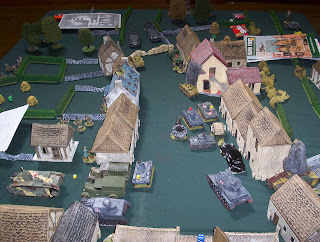 Bob, Stephen and friends put on an impressive WW2 game set on the Western front in 1940, played in 28mm using Rapid Fire rules. 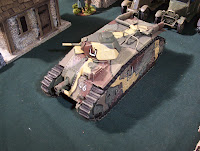 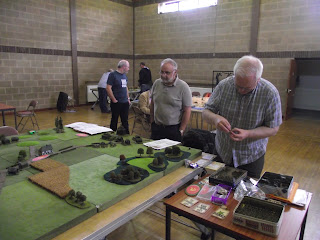 Jeremy gets the game of I Ain't Been Shot Mum going, while Soviet commander David looks on... 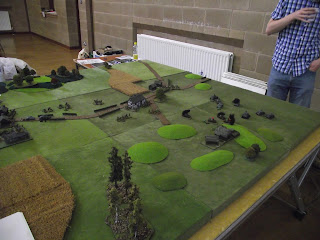 ... and later on, German commander Richard surveys the battlefield. A 15mm World War Two game set in the early days of Operation Barbarossa, based on a scenario by a certain Mr R. Clarke. 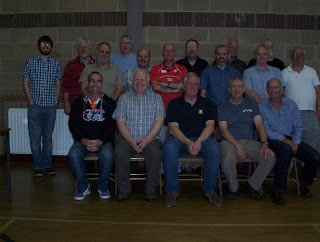 The assembled throng - or at least those who were around for the 'official' photos!  Everyone seems to have really enjoyed their day, so a big thank you to Richard Clarke for coming to visit us in Belfast.  A fine way to complete his "2013 UK Capitals Tour"!
Posted by UWSNI at 23:02