Another game scheduled for the Lardy Ulster Fry on Saturday uses the Sharp Practice ruleset by TFL.  This set is designed for skirmish wargaming in the Napoleonic period, though it has also been adapted to various other conflicts. 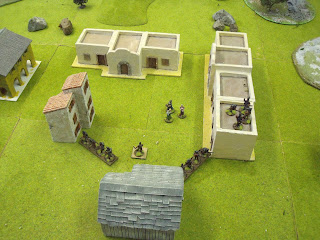 A sleepy Peninsular village... set for a rude awakening! 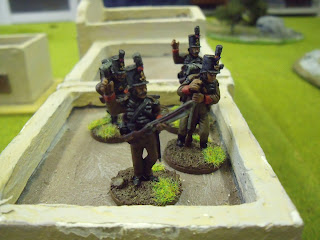 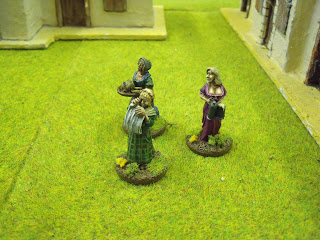 A small garrison of Portuguese Cacadores have a mission to protect three fair and gentle Ladies and escort them back to the British lines - though they have to find them first!


The fair ladies in question... at least they've brought their own rations! 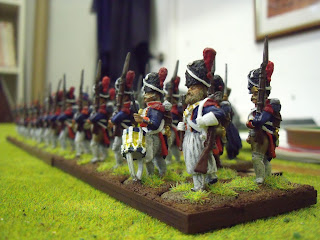 But the French are coming!  Grenadiers ... 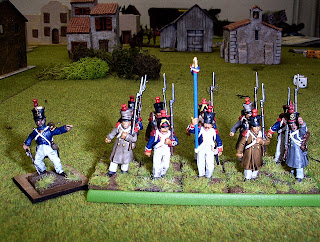 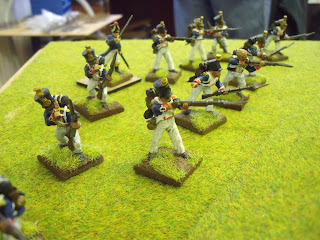 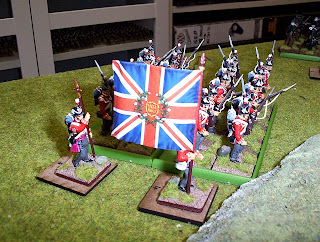 But help is on its way!


In our playtest of the scenario, the Anglo-Portuguese force was quite easily able to spirit away the three ladies and win the day.  You can try this game out at the Lardy Ulster Fry on Saturday 31 August and see if you can do as well ... or if you can lead the French to success and capture these fair maidens.  Details of the event can be found in previous posts.